Steps down as girls’ basketball coach 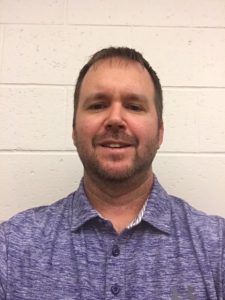 CAMERON — Roger Cain has worn many hats at Cameron High School. He is now sporting the most impressive one yet.

Cain was recently named athletics director at the Marshall County school. He replaces Roger Simmons who took a similar post at John Marshall.

In accepting the athletics director’s duties, Cain stepped down as head girls’ basketball coach, a program in which he worked positive things.

“Cameron is a great school with great facilities and with tremendous community support,” Cain said. “It was tough to step down as head girls’ basketball coach but this a dream job for me.”

Cain, 39, is a Cameron High School and West Liberty University graduate. After earning his Hilltoppers degree, he matriculated to Palmer College in Florida for doctoral work. He returned to Cameron after his mother was diagnosed with Stage 4 Melanoma.

“A job came open at that point at Cameron to teach chemistry. I am now in my 10th year at Cameron. I also teach some engineering courses” he said. “Cameron is really a special place to teach and coach. We have great kids and parents.”

Cain comes well-equipped for his new challenge. In addition to being a successful head girls’ basketball coach, he has served as an assistant in football, boys’ basketball and softball.

“I tried to make a difference as a coach. Now, I will try and make a positive difference across the board in all our athletics and in our athletes’ lives,” Cain said. “I would also like to improve our football, baseball and softball facilities. We need to make a push in that direction.

“Roger did an excellent job here as our athletic director. Now he gets to go back to his alma mater for has dream job. I want to thank him for all his help.”

Cain and his wife, Karyna, live in Sherrard. They have two children: Kendall, who turns 4 next month, and Cruz, a year-and-a half.