Six to be enshrined before football game against Charleston 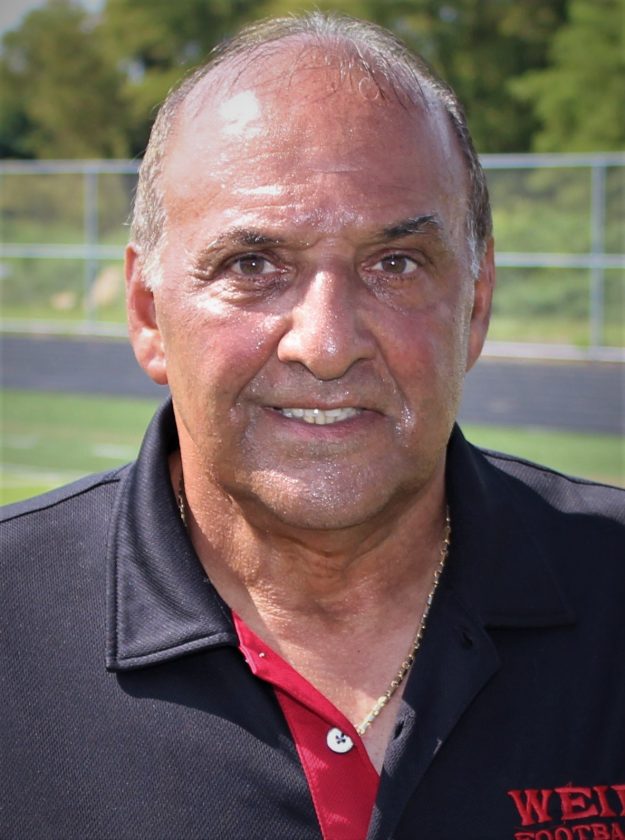 WEST LIBERTY — The 39th annual induction ceremony for the West Liberty University Athletic Hall of Fame has been scheduled for Saturday, Nov. 16 at the university’s Academic, Sports and Recreation Complex.

Festivities begin at 8:30 a.m. with a social gathering in the lobby of the ASRC. Breakfast and the formal induction ceremony follow at 9 a.m. in the R. Emmett Boyle Conference Center. The event is open to the public with tickets priced at $12. Reservations can be made through Nov. 13 by calling Athletic Secretary Robin Brunner at (304) 336-8046.

The Hall of Fame’s Class of 2019 will be recognized on the field at West Family Stadium during halftime of Saturday’s home football game against the University of Charleston. The game is set for a 1 p.m. kickoff.

Following are information capsules for this year’s honorees:

Tony Filberto was a standout lineman on back-to-back West Liberty football teams that advanced to the national semifinals before going on to carve out an impressive career as a high school coach and civic leader.

Filberto was a four-year football letterman on the hilltop from 1969-72. A two-time All-WVIAC selection, he earned honorable mention NAIA All-America honors in 1971 and was a team captain as a senior in 1972.

He has spent the past 35 years as a high school football coach with two decades as a highly successful head coach. Filberto is the all-time leader in coaching wins at Weir and Oak Glen High Schools with 138 career wins and 29 state playoff games.

He serves on the Upper Ohio Valley Italian Festival’s Board of Directors, was co-creator of the OV Miracle League Football Camp and a VIP with the Easter Seals Telethon.

Filberto and his wife, Roseanna, live in Wellsburg, W.Va. They have three sons, Joe Filberto, Ryan Weld and Eric Filberto.

A dazzling playmaker who led the No. 1-ranked Hilltoppers on a 33-game winning streak that carried WLU all the way to its first NCAA D2 Final Four, Corey Pelle was at his best on the national stage.

The scintillating southpaw guard averaged 26.5 points and 8.0 assists in his two Elite Eight games and was the only NCAA men’s player at any level with 200 assists and 100 steals during the 2011 season, posting school record totals of 102 steals and 211 assists.

Pelle still holds West Liberty’s career records in steals and assists and ranks among the leading scorers in Hilltopper history with 1,953 points.

After graduating from West Liberty, Pelle played one season of professional basketball in Slovakia before returning to his native Kentucky. He now works as a fireman/EMT, runs a small landscaping business and serves as a city councilman for Silver Grove, Ky.

Corey and his wife, Maggie, reside in northern Kentucky with their daughter, Francesca (Frankie).

The most prolific 3-point shooter in the history of NCAA Division II women’s basketball, Laura Malernee put together an historic four-year career.

Malernee exploded onto the national scene as a sophomore in 2008-09 when she drained an NCAA women’s record 146 3-point field goals.

The blonde bomber was far from finished. By the time she hung up her jersey for the final time, the 2-time All-WVIAC and All-Region selection had become the only NCAA woman to lead the nation in 3-point field goals for three consecutive seasons and the first woman with 400 or more 3-pointers. Her 441 bonus bombs are an NCAA D2 career record.

After graduating from West Liberty in 2011, Malernee worked as a preschool teacher in Dublin, Ohio while obtaining her PK-3 Ohio teaching license from Capital University. She has currently put her career on hold to become a stay-at-home mother.

Malernee resides in Delaware, Ohio with her husband, Joe Ciamacco, and their daughters, Berklee and Kambree.

A four-year standout on the Hilltopper wrestling mat from 1998-2001, Nick Spencer was one of the most dominant wrestlers ever to compete for WLU coaching legend Dr. Vince Monseau.

Spencer earned back-to-back NCAA Division II All-America honors at the 2000 and 2001 nationals. The hard-nosed 149-pounder capped his career with a national championship, pulling out a thrilling 10-8 victory against Central Oklahoma’s Gable Sullivan in the title bout.

In his four seasons on the hilltop, Spencer compiled a sparkling 72-13 (.847) record, a mark that still ranks among the Top 10 winning percentages in program history.

After graduation, Spencer worked as a certified personal trainer while serving as wrestling coach for his alma mater, Edison (Ohio) Local High School. He has also worked as a professional mixed martial arts (MMA) fighter and trainer.

Now employed as a Youth Corrections Office for Jefferson County, Ohio, Spencer resides in Wintersville, Ohio and is also serving as assistant wrestling coach at Indian Creek (Ohio) High School. He has two sons, Reese and C.J., and a daughter, TyLee.

Ryan Travis came to West Liberty as a running back out of tiny Massillon (Ohio) Tuslaw High School but left the hilltop as one of the most decorated tight ends in NCAA Division II history.

That production paid off in a big way for the Black and Gold as West Liberty won the 2009 WVIAC title and was ranked No. 9 in the final NCAA D2 coaches’ poll after going 11-1 and falling in the national quarterfinals. The 2010 Hilltoppers posted a 7-3 mark but just missed post-season play.

Travis signed a free agent contract with the Seattle Seahawks after graduating and played in two NFL preseason games before returning home.

After moving back to Canton, Ohio, Travis worked as a coach and 6th Grade teacher at Tuslaw Middle School. Ryan and his wife, Chelcie, have one son, Camden.

A standout player and coach during his time on the hilltop, Dr. Dave Waples went on to enjoy an outstanding 46-year career in collegiate athletics as a teacher, coach and administrator.

Honored as West Liberty’s 1962-63 Scholar-Athlete of the Year as a senior, Waples also made his mark as a coach in several sports. He posted a sparkling 43-13 (.768) mark in two seasons as head baseball coach, after leading the Black and Gold to a conference title and earning WVIAC Coach of the Year honors in 1969.

Using the hilltop as a launching pad, Waples was associated with 13 universities during his career. That included six NCAA Division I institutions in Texas and Louisiana while serving as the only Commissioner of the now-defunct Gulf Star Conference.

Waples oversaw Kennesaw State’s successful transition from NAIA affiliation to NCAA Division II and NCAA Division I status before his retirement in 2010. He and his wife, Mary, reside in Kennesaw. Their immediate family includes daughter Jennifer and son-in-law Bobby Myrick along with granddaughters Lauren and Sarah. 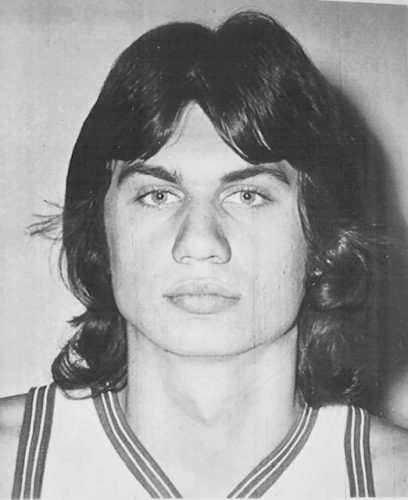