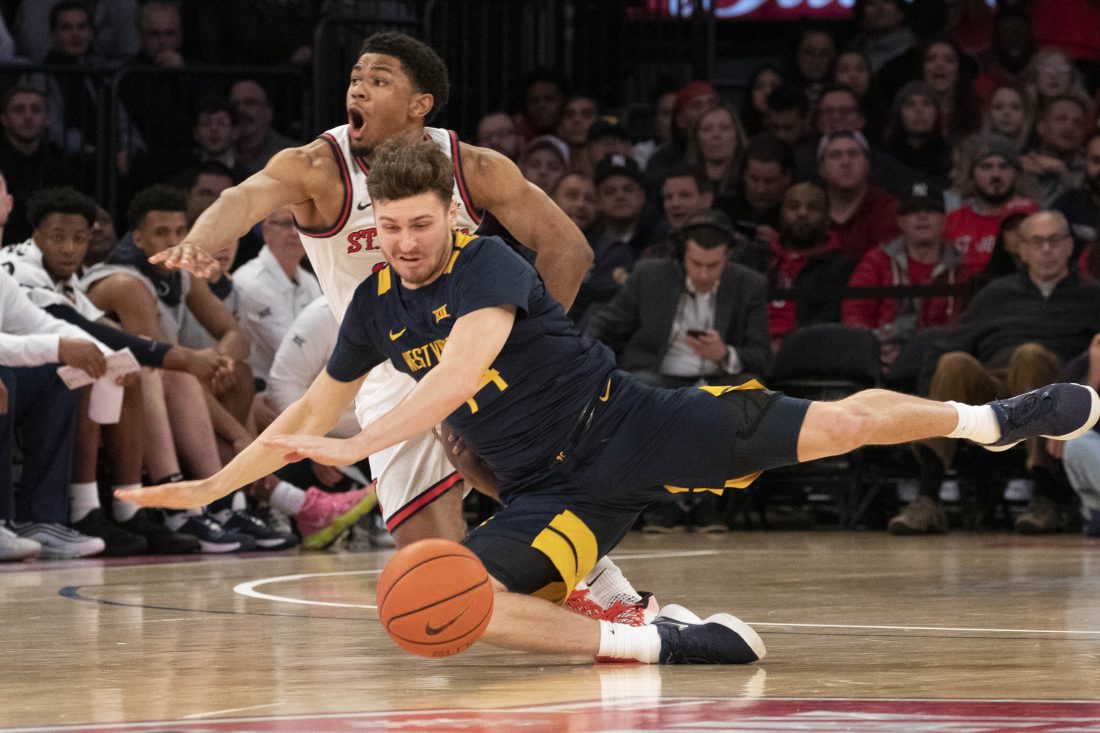 NEW YORK (AP) — Rasheen Dunn scored nine of his 13 points in the second half including the winning free throws with five seconds remaining and St. John’s handed West Virginia its first defeat, 70-68, on Saturday in Madison Square Garden for the Red Storm’s fourth straight win.

Dunn shot only 3 of 11 from the floor, missing his four attempts from the arc, but made all seven of his free throws, including the final two after he was fouled by Derek Culver as Dunn appeared to slip as he drove to the hoop. St. John’s went scoreless for over four minutes before Dunn’s free throws.

After a timeout, Miles McBride rushed down the floor and missed a contested jumper from just inside the arc. It was McBride’s ninth miss on 10 shots.

LJ Figueroa carried the Red Storm in the first half, which ended tied at 36, when he scored all 17 of his points but sat out over eight minutes of the second half in foul trouble. Nick Rutherford added 11 points and Josh Roberts grabbed nine rebounds.

Sean McNeil scored 13 points with four 3-pointers for West Virginia (7-1), including a trey to cap a 9-0 run over 2:21 that tied the game at 68 with 1:13 remaining. Each side then missed a shot before Dunn’s winning free throws.

Culver added 12 points with 18 rebounds for the Mountaineers (7-1), who shot 40% and made 9 of 24 3-point tries but took only 12 free throws, making five, despite committing only two more fouls than St. John’s.

West Virginia’s final lead came in the first few minutes of the second half with the Red Storm then going up by as many as 10.

First-year St. John’s coach Mike Anderson got a victory in his first of seven regular-season games the Johnnies will play at the Garden. Anderson was previously head coach at Arkansas, Missouri and UAB over 17 seasons.

West Virginia coach Bob Huggins expected St. John’s to play at an intense pace and his expectations were well-founded. While the Johnnies had four fewer field goals, including seven fewer 3-pointers, they had a decided advantage on points off turnovers and fast-break points.

West Virginia is host to Austin Peay on Thursday.

St. John’s is back on its campus Tuesday to host Brown in Carnesecca Arena.