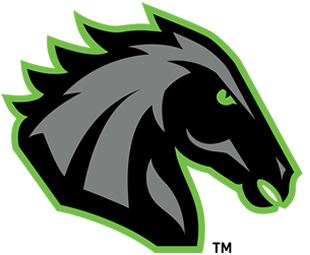 WHEELING — The National Arena League unveiled its 2020 schedule Wednesday and the campaign will begin with the inaugural Kickoff Classic on Saturday, Apr. 4 in the Friendly City. The contest will match the West Virginia Roughriders and the defending champion Jacksonville Sharks in a “Champion vs. Champion” encounter.

“We are very excited with the way the schedule has turned out,” said Roughriders General manager Marty Medovic. “I said when it was announced that we were going to join the NAL that I couldn’t wait to see the Jacksonville Sharks play in Wheeling. Well, we’ve got it in Week 1.

“There are no other NAL games that weekend so this will be a great way to showcase not only our city but our team, as well. I can’t wait for that game.”

“We are thrilled to open the season in West Virginia. Everyone is very excited about the NAL Kickoff Classic game featuring Champion vs. Champion,” he said in an email. “We think that game and the 2020 season will be absolutely electric. I will be at that game.”

West Virginia ran roughshod over its 13 opponents last season en route to a perfect record and the American Arena League championship before the league ceased operations following the season. Jacksonville, meanwhile, finished 13-1 and defeated Columbus, Ga., 67-43 in the semifinals before slipping past Carolina, 52-48, in the championship game.

Medovic said the Roughriders schedule is top-heavy with four home games in April and May, but only one in June and one in July.

“Those are the cards we were dealt. We’ll play when and where they tell us.”

Jacksonville, which claimed an AFL championship in 2011 when it outscored Arizona, 73-70, in ArenaBowl XXIV, has been a power in the NAL ever since it joined in 2017. The Sharks made their presence known immediately as they captured the first NAL championship in 2017 when they topped Columbus, Ga., 27-21, in the title tilt. The Sharks were eliminated by Carolina in the 2018 semifinals, 73-48.

∫ The Roughriders, who have already signed more than a few players, will conduct a tryout on Sunday at 8:30 a.m. at the Vernon C. Neal Sportsplex, 200 Dunn Ave., Washington, Pa. The cost of the tryout is $60 in advance and $75 on Sunday.