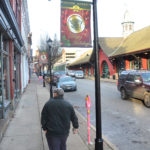 The Mountain State had an estimated 1,831,102 residents on July 1, according to the Census Bureau — almost 10,000 fewer than on July 1, 2015. That makes West Virginia one of only eight states to lose population over the last year.

Ohio, a state of about 11.6 million, experienced a modest population gain of almost 9,300 residents, according to the new estimates.

Only Illinois lost more residents than West Virginia, according to the estimates, at about 37,500. However, expressed as a percentage of the state’s overall population, West Virginia’s loss was greater, at 0.5 percent to Illinois’ 0.3 percent. Illinois has about 12.8 million residents.

West Virginia has lost population each year since 2013, and has about 22,000 fewer residents than it did at the last official count in 2010.

“Quite frankly, it’s sad,” said state Sen.-elect Ryan Weld, R-Brooke, who will move to the Legislature’s upper chamber after serving a term in the House of Delegates. “I think there’s no one thing that we’re going to do that’s going to completely change the tide. That’s not how things work.”

Weld believes the state must improve the regulatory environment for businesses and bring the state’s policies “more in line with competitive states.” But he said there’s another important component to attracting job creators to the Mountain State.

“For me, it all goes back to our substance abuse problem,” Weld said. “If a business is looking to expand here but knows that a large portion of applicants are going to disqualify themselves (because they can’t pass a drug test), it makes it difficult for them.”

Regarding the state’s population loss, Wheeling Mayor Glenn Elliott said his creation of a special committee on population retention wasn’t an accident, and that from the beginning of his campaign for mayor he’s maintained the belief local government should ensure a high quality of life for residents.

Elliott said items such as parks, housing and culture are what people seek in a possible home, and added they are items young people consider when they move to other cities.

So far, Elliott and fellow council members have hired a director of parks and strategic planning to address some of this, although the role beyond parks has been loosely defined. In general, Elliott said increasing the local population is a high priority for the city.

Elliott said it’s possible much of the estimated population decline may be attributed to deaths outpacing births rather than people relocating, but noted he couldn’t speak to the reason with confidence without additional data.

One thing that gives Weld hope, he said, is the ever-increasing number of lawmakers 40 or younger — himself included — in the Legislature. While he said the trend is more noticeable in the House of Delegates than the Senate, Weld hopes the shift will send a message to those who have moved away that West Virginia is ready for fresh ideas and new ways of doing things.

Overall, the United States’ population grew by about 2.2 million over the last year, from 320.9 million to 323.1 million. The nation experiences a net gain of one person every 13 seconds, according to the Census Bureau.

Other than West Virginia and Illinois, the states where estimates declined were Connecticut, Mississippi, New York, Pennsylvania, Vermont and Wyoming.