Ethane To Be Stored Underground In Monroe County

Underground Site Is Near Ohio River 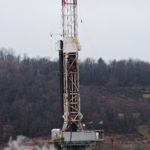 Photo by Casey Junkins Drillers who continue grinding into the Marcellus and Utica shale could soon ship their ethane for storage in underground salt caverns along the Ohio River near Clarington. 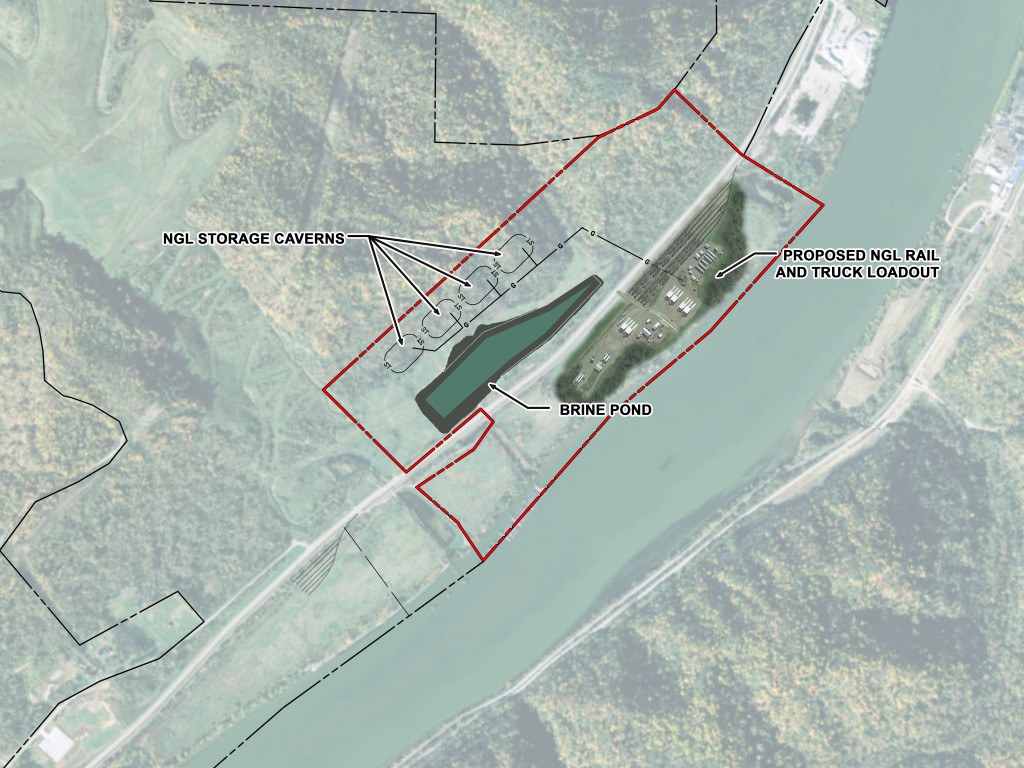 CLARINGTON –One of the main obstacles industry leaders saw for the PTT Global Chemical ethane cracker will no longer be a factor because as much as 168 million gallons of natural gas liquids will be stored in underground salt caverns located about 12 miles south of the planned petrochemical plant site along the Ohio River.

According to David Hooker, president of Denver-based Energy Storage Ventures, the Monroe County underground storage facility will be the first such development “in the heart of the Marcellus/Utica region.” Testing and permitting are ongoing for the project he hopes to open on former coal mine property near Clarington before the end of 2018.

“We are completing our due diligence. We have completed the design work. We drilled a test well,” Hooker said. “We believe we have more than enough salt for the type of caverns we are looking for.”

Although the facility will be positioned in Ohio, its name will be Mountaineer NGL Storage. It will be within sight of Marshall County’s Blue Racer Midstream Natrium natural gas processing plant, located on the West Virginia side of the river.

“We expect to connect to the Blue Racer infrastructure,” Hooker said. “The ethane will come in and go out by pipe.”

When the Natrium plant initially opened, officials said they would keep propane and butane in above-ground tanks, but could not do this with ethane because of the material’s volatility.

During the Marcellus-Utica Midstream Conference in Pittsburgh last week, Blue Racer Senior Vice President Marc Halbritter said having the ethane storage caverns just across the river from Natrium will be an advantage for companies such as his. He also gave a strong endorsement for the PTT project.

“It would be a great help to have a local outlet for ethane,” Halbritter said of the PTT project.

Other midstream companies deriving ethane in the Marcellus and Utica region include Williams Energy and the MarkWest division of MPLX. Greg S. Floerke, executive vice president and chief commercial officer for MarkWest, is among those who questioned the viability of an ethane cracker in the region, due to the lack of underground storage capacity.

Destinations for Marcellus and Utica ethane now include crackers in Mont Belvieu, Texas and Sarnia, Canada, as the material flows out of the area on one of multiple pipelines.

“The one thing we don’t have that Mont Belvieu and Sarnia have is storage,” Floerke said in 2015, explaining an ethane cracker likely would need to ensure a steady supply of fuel in the event a pipeline carrying ethane to the plant would fail.

Because of ethane’s volatility, Floerke said it is less common to see the product stored in above-ground tanks in comparison to propane and butane. He said a company can build tanks to hold ethane, but at significant cost, as he said it is more common for ethane to be stored underground.

Hooker said once Royal Dutch Shell confirmed it would build its ethane cracker at Monaca, Pa., his developers changed their focus. Ethane, along with propane, butane and pentane, is one of the liquid forms of natural gas prevalent in the Marcellus and Utica shale.

Officials with Thailand-based PTT are due to announce their final decision on whether to build the massive multi-billion-dollar ethane cracker at Dilles Bottom in Belmont County by the end of March. If the firm proceeds with the giant plant, it will take a few years to build.

“It would be a few years before PTT would need us,” Hooker said, adding he is “very aware” of the PTT proposal.

Hooker said the liquids will be stored in the Salina salt formation at a depth approximately 6,500 feet — more than one mile — beneath the surface.

“We are looking at four caverns initially,” Hooker said of the project’s first phase, while adding there would likely eventually be as many as eight caverns. Each cavern could hold up to 500,000 barrels of liquids.

There are 42 gallons in a barrel, so that equates to 21 million gallons per cavern. If the company meets its goal of eight caverns, as many as 168 million gallons of ethane, propane and butane would be in storage.

“They won’t take up much more than an acre underground,” he said. “We would like to have the first phase in service by 2018.”

When asked if the facility was being built specifically to support the PTT project, Hooker said, “We’ve had conversations with some of the prospective ethane users.”

In Ohio, both the state Environmental Protection Agency and the Department of Natural Resources hold some regulatory authority over the storage endeavor.

“We are aware of this project and have received an application for a 401 water quality certification for it. We have not taken an action on the application,” Ohio EPA spokeswoman Heidi Griesmer said.

“Ohio Department of Natural Resources is aware of the proposed development by Mountaineer NGL Storage, and has been in contact with the company as they work to move forward with the project. No permits have been issued at this time,” ODNR spokesman Matt Eiselstein added.