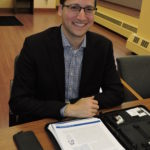 WHEELING — For years, the Consumer Energy Alliance has battled naysayers who continue to criticize natural gas production in the Ohio Valley.

This week, Chris Ventura, executive director of the Alliance, said the consumer advocate organization’s latest report, “Powering West Virginia,” shows Mountain State energy consumers are the winners when it comes to lower natural gas prices. Ventura said in 2006, natural gas cost consumers $10 per mcf or 1,000 cubic feet. Today, that figure is $4 per mcf, according to Ventura.

Ventura noted that increased production of the mineral-rich Marcellus and Utica shale formations has identified West Virginia as the seventh-largest natural gas producing state in the country. The Mountain State’s natural gas industry has realized “relatively steady production and even job growth” as opposed to a severe downturn in the state’s coal industry in 2012, reports indicate.

Ventura disputes widely held beliefs that most of the natural gas industry jobs here have gone to out-of-state workers.

“That doesn’t mean all the workers driving those trucks are from out of state,” he said.

Also, since 2010, the severance tax on natural gas extraction has provided $865.8 million to state and local governments in West Virginia.

The report suggests the future of the Mountain State’s energy resources and its pipeline network is under attack by out-of-state activists, some reportedly funded by foreign governments.

Ventura said the future success of the energy industry in West Virginia hinges on the ability to safely transport the oil and natural gas pulled from ground. Increased partnerships with technical and trade schools also are vital for providing workers trained in the trades.

“The industry has been begging for welders,” he said.

Consumer Energy Alliance, which has a membership that includes nearly 300 business, agriculture, energy providers and suppliers — plus academic groups and 500,000 grassroots members — seeks the ongoing support of lawmakers and regulators.

“They have been consistent in their regulations and support. … They take into account environmental effects,” Ventura said. “Regulators have maintained a pretty sound approach.”

He reiterated the importance of their support to facilitate the construction and expansion of pipelines while caring for the environment.