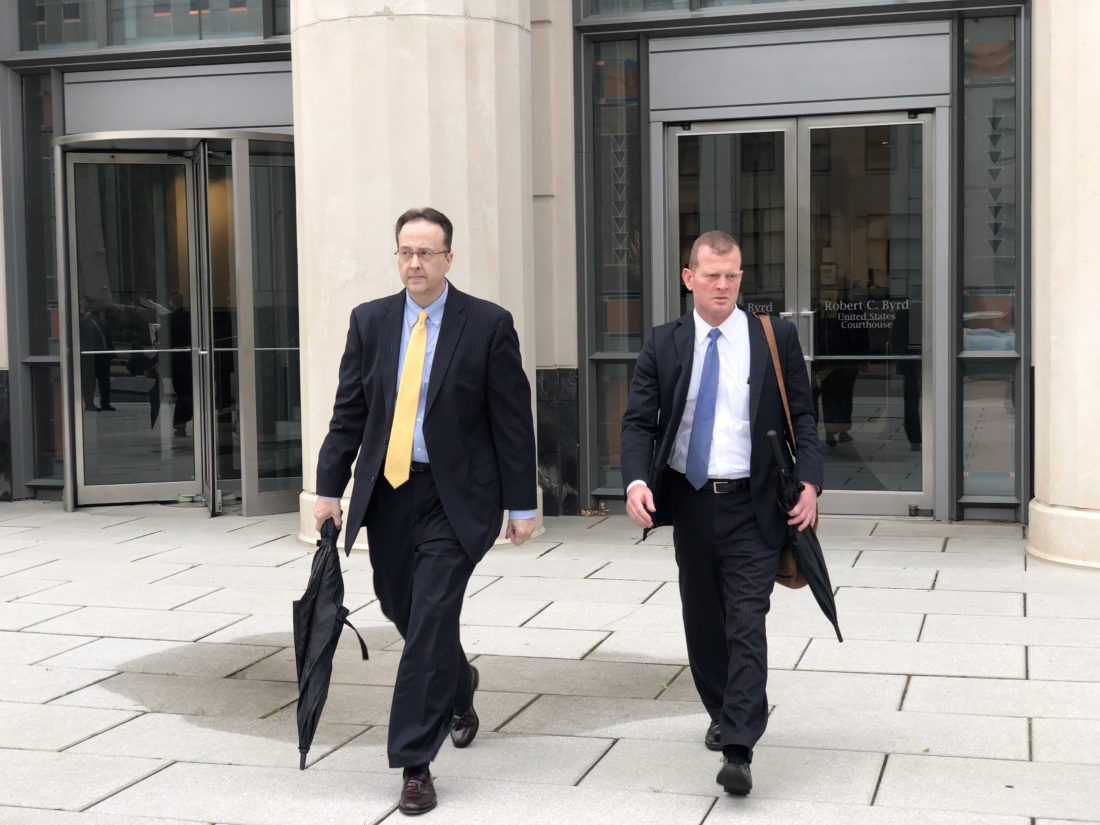 CHARLESTON — The conviction of state Supreme Court Justice Allen Loughry might not be the last word on the matter.

Loughry filed a motion Oct. 26 for a new trial in U.S. District Court for the Southern District of West Virginia in Charleston. The motion is under seal, but the Assistant U.S. Attorney Wright filed a motion Tuesday requesting time to file a full response to Loughry’s motion.

Loughry, who was elected to the Supreme Court in 2012, is set to be sentenced Jan. 18 on 11 federal counts. A jury convicted him Oct. 12 of 11 felonies, including wire fraud, making false statements and witness tampering.

According to Wright’s motion, Loughry attorney John Carr is seeking a partial transcript from the eight-day trial and an additional briefing.

The U.S. Attorney’s Office charged Loughry on June 19 in a 22-count indictment, which increased to 25 counts over the summer. The charges then were reduced to 22 counts prior to the start of trial on Oct. 3.

The jury convicted Loughry on one count of mail fraud for being reimbursed mileage expenses from a trip to a 2014 Pound Civil Justice institute conference in Baltimore. He used a Buick owned by the court and a state fuel card without reimbursing the state. Loughry was convicted of seven counts of wire fraud for multiple personal trips between 2014 and 2015 using the court’s fleet of Buicks and filling up with the state fuel cards.

Loughry was convicted of tampering with the testimony of Kim Ellis, director of administrative services for the Supreme Court. During an Oct. 19, 2017, meeting, Loughry, in preparation for a federal investigation, tried to get Ellis to remember a conversation about the cost of his office renovations that Ellis said they never had. Ellis recorded that meeting on her phone, which was played during the trial.

The final two convictions focused on Loughry’s false statements to FBI investigators and the U.S Attorney’s Office. Loughry sat down with investigators March 2 and told them he never used state vehicles for personal trips and denied having an antique desk at his home owned by the court and purchased by Capitol architect Cass Gilbert. Testimony from multiple witnesses during the trial revealed Loughry knew his desk was a Cass Gilbert desk.

If Loughry is granted a new trial, it could also delay a hearing before the Judicial Hearing Board. Loughry was charged in June by the Judicial Investigation Commission.

After his October federal trial, the commission amended its complaint from 33 counts of violations of the Judicial Code of Conduct. The hearing was delay after he was indicted, but the commission asked for an expedited hearing after his conviction.

The Judicial Hearing Board scheduled the case for Jan. 16, two days before the federal sentencing. Federal Judge John Copenhaver could sentence Loughry up to 190 years in federal prison and fine him as much as $2.75 million.