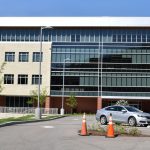 The head of the West Virginia University Health System believes its purchase of The Health Plan will improve the lives of Mountain State residents.

Officials of The Health Plan, an insurance firm based in Wheeling, and the university’s health system, which operates as WVU Medicine, announced Tuesday their intent to form a fully integrated health care delivery and financing system. The new health care network is expected to be operational Jan. 1.

“We’re taking a bold step,” he said, to unite a health insurer and a health care provider.

While integrated systems exist in other states, “we’re the first organization in West Virginia to do it,” he said.

WVU Medicine and The Health Plan are taking a three-pronged approach with an end goal to create a health care system that benefits all West Virginians. Wright said they intend to produce the best outcomes for patients; provide care at the lowest cost, without significant duplication of services; and create a system that will provide access to all.

The two entities share a vision of improving health care in West Virginia, he said.

“The Health Plan is the ideal partner of a size and scope to do it, but small enough to become our partner,” Wright said, adding, “When you try to talk to larger, national networks, you can’t have the same influence as local folks that have same focus as we do.”

This new affiliation won’t affect customers’ ability to choose medical providers within the network. Jim Pennington, president and CEO of The Health Plan, said all of the member facilities are “still accessible” to The Health Plan’s subscribers.

The relationship between insurers and providers “doesn’t look like what’s going on in Pittsburgh,” Pennington said, referring to a long-running battle between UPMC and Allegheny Health Network with their competing insurance companies and medical facilities.

Regarding Pennington’s assessment, Wright said, “I agree with that 100 percent. Sometimes what happens in Pittsburgh has left a bad taste in people’s mouths.”

The difference for WVU Medicine and The Health Plan is “we’re both nonprofit entities. We provide access to everyone, at the lowest cost and best access,” Wright said.

“We all work for a sophisticated board of directors that would never allow this inclusion, like you’re seeing in Pittsburgh, to happen in West Virginia,” he said.

Wright thinks the creation of an integrated health care delivery and financing system fits well with WVU Medicine’s two main actions over the past three years.

“We’ve really built up our tertiary, high-level capabilities in Morgantown. It’s becoming one of the top academic medical centers in the country,” he said.

In addition, he said, “We’re building out a network of hospitals and clinics in the state and in bordering states.”

When the payer-provider component is in place, “we can become financially aligned over Medicare and Medicaid through The Health Plan,” he added.

Citing another aspect of the new system, Wright said being a payer-provider allow the partners to put more resources into health and wellness initiatives.

“We are completely 100 percent financially incentivized to improve health and wellness of patients, to keep people from getting sick. It’s the key reason you do something like this,” he said.

Regarding future expansion, Wright said WVU Medicine is in negotiation with two or three hospitals. Nondisclosure agreements are in place, but he said announcements may be made in coming weeks.

WVU Medicine views itself as a statewide provider.

The university’s health system also has expanded its services into Pennsylvania and Maryland.

“We’re building a $15 million facility in Waynesburg (Pa.),” he said. “We’re going to do some closer work with Uniontown (Pa.) Hospital.”

The outpatient center in Waynesburg will include 21 exam rooms and five procedure-specialty rooms. The building is scheduled to open this fall.

In terms of out-of-state expansion, Wright said, “In border counties, we need to be open-minded when we have hospitals and care points around those areas. Our focus always was going to be West Virginia. … In and around Wheeling, in and around Morgantown and Berkeley County, that makes sense for us.”

WVU Medicine entered into a management agreement with Wetzel County Hospital in New Martinsville in 2018, following a clinical affiliation that began in 2016.

The WVU Heart and Vascular Institute opened a clinic at The Highlands in Triadelphia in August 2017.

WVU Medicine entered into a management agreement with Garrett Regional Medical Center in 2018, following a clinical affiliation that began in 2015.

More recently, WVU Medicine and the WVU Department of Behavioral Medicine and Psychiatry in March opened the WVU Medicine Center for Hope and Healing, an addiction treatment facility in Morgantown. The WVU Heart and Vascular Institute increased its services at WVU Medicine’s medical campus in downtown Parkersburg in January.

Last June, WVU Medicine broke ground for a WVU Medicine Children’s tower, a $150 million hospital in Morgantown. The 155-bed, eight-story facility is scheduled to be completed in 2020.

Number of employees — 571 in all locations.