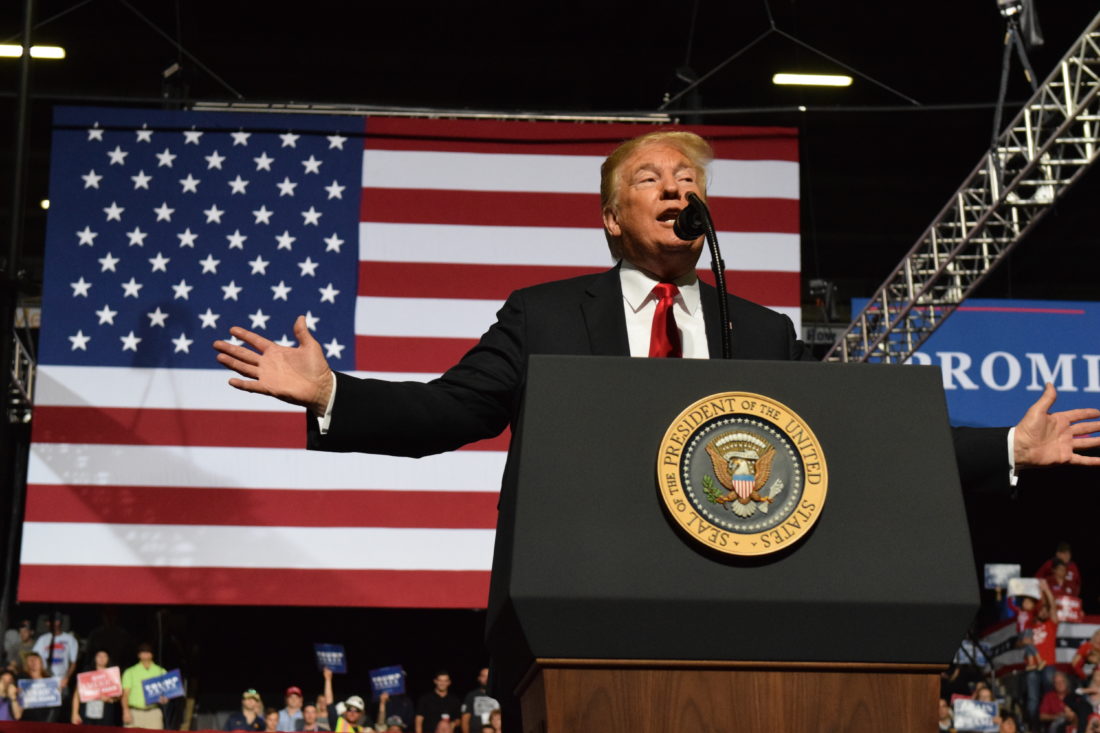 WHEELING — President Donald Trump is expected to be in Wheeling July 24 for a private fundraiser as he kicks off his 2020 re-election campaign.

The event is being hosted by Robert E. Murray, president and CEO of Murray Energy, and is planned for 6 p.m. at WesBanco Arena. The fundraiser is not open to the public.

Trump supporters in the Ohio Valley last month received printed invitations for a Trump fundraiser scheduled for late June, but that event was postponed. Invitees were later informed of the July 24 date.

Invitations indicate state leaders in both West Virginia and Ohio will be in attendance.

Ohio Gov. Mike Dewine and his wife Fran will come to Wheeling for the event, said Dan Tierney, communications director for Dewine.

U.S. Rep. Bill Johnson, R-Ohio, has been invited, and “he’d like to go if the legislative schedule permits,” said his press secretary Ben Keeler.

West Virginia Senate President Mitch Carmichael, R-Jackson, is aware the Trump event is set for July 24 in Wheeling, and he hopes he can make it to support the president, said Jacque Bland, Senate communications director.

Trump formally announced his bid for re-election to a second four-year term on June 18 during a stop in Orlando, Florida.