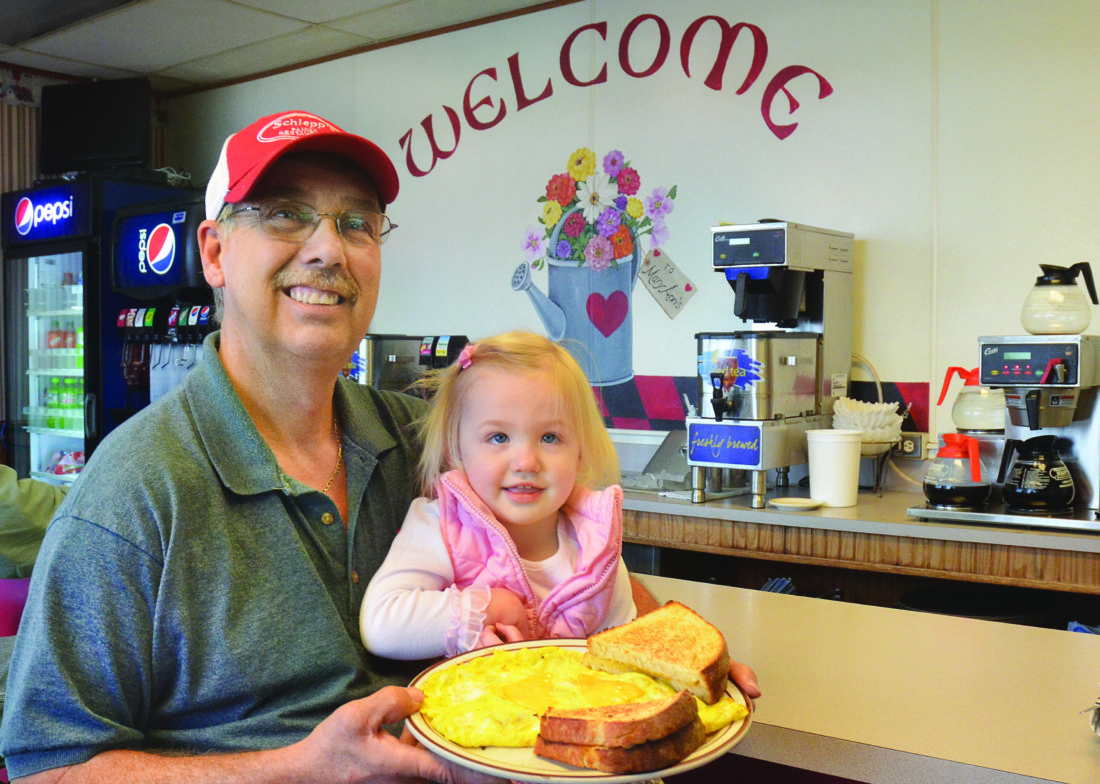 MORRISTOWN — Whether it’s their rotisserie chicken, dry rub ribs or a three-egg omelet — it’s that signature homestyle cooking in a family friendly atmosphere that keeps customers returning for more at Schlepp’s Family Restaurant just off the Interstate 70 exit near Morristown, according owners Mary Ann and Rusty Lucas of Bethesda.

“We give big portions out, you have plenty eat and you don’t leave hungry,” said Rusty Lucas. He said they run weekly specials, including their chicken fricassee and pot roast pork which is offered on Sundays. Other menu favorites include: baked or deep fried cod, spaghetti, roast beef, meatloaf, chili pork chops, tuna salad, chicken salad, fresh burgers and their macaroni and potato salads.

Their large breakfast menu is another big draw for customers, according to Lucas. He said their omelets have always been popular among their return customers.

“We are noted for our omelets. We have a big three-egg omelet,” he said. Lucas said about 75 percent of their business is from local residents.

She said their homemade bread has continued to be very popular with their customers, whether it’s served on the side with lunch or dinner or served as toast or French toast with breakfast selections.

Schlepp’s offers catering year-round and throughout the holiday’s for any special occasion or event. For more information about their catering or for carry-out, call 740-782-1528.