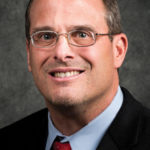 IMPERIAL, Pennsylvania — Someone using a cell phone registered to West Virginia Sen. Michael Maroney allegedly solicited sex from a woman accused of being at the center of a prostitution ring in Glen Dale, according to a search warrant filed in Pennsylvania.

Investigators in the Marshall County city, working in tandem with Allegheny County Police, secured the search warrant Aug. 3 in order to enter Maroney’s vehicle and retrieve his cell phone after he accidentally left it behind after parking at Pittsburgh International Airport for a vacation.

Glen Dale police on June 14 arrested Cortnie Ann Clark, 30, of Glen Dale and charged her with operating a house of ill fame/assignation and prostitution. Investigators confiscated Clark’s cell phone after her arrest and found thousands of pages of text messages from various people allegedly setting up sexual encounters for money.

Those text messages have led to charges being filed against at least seven men over the past two months. Maroney, a first-term Republican state senator who lives in Glen Dale, has not been charged and has denied, through his attorney, Paul Harris, ever meeting the woman.

The search warrant indicates Glen Dale police “discovered an individual utilizing the cell phone number (the number was redacted on the warrant) soliciting sex from Clark in exchange for money” between May 14 and June 6.

“A search of cell number (redacted) was conducted by Glen Dale PD and found to be registered to Michael J. Maroney,” the search warrant alleges.

Police attempted to search Maroney’s home in Glen Dale on July 29, but he was not home. They soon learned he was on vacation and his phone may have been left in his sport-utility vehicle while it was parked at the airport near Pittsburgh.

Vogler declined to release specifics about the communications found on Clark’s phone between herself and the user of Maroney’s seized cell phone. Vogler also said more charges against other men could be filed.

“We’ve got 4,000 pages of text messages from her phone, and we’ve got (seven arrests) so far,” Vogler said.

The search warrant filed July 29 at Marshall County Magistrate Court giving police probable cause to enter Maroney’s home remains sealed because no charges have been filed against him. State law in Pennsylvania allows search warrants to be released in some circumstances if they have not been sealed by a court order.

Investigators wrote in the Pennsylvania search warrant that they had “reasonable suspicion to believe that the cell phone registered to Michael J. Maroney … will contain evidence of a crime, namely that it was used to solicit sex acts in exchange for money. …”

Maroney’s attorney, Paul Harris, said Tuesday his client does not know Clark, and said she provided a video interview over the weekend saying the two have never met. Harris did not immediately return phone or text messages Wednesday to discuss the information found in the search warrant about Maroney’s phone.

Clark is free on $2,000 bond while awaiting her pre-trial hearing Sept. 4 in Marshall County Magistrate Court. Her attorney, David White of Moundsville, did not immediately return a phone message seeking comment.

Seven men have also been charged with conspiracy, house of ill fame/assignation and prostitution in connection with the investigation. They are Albert Richard Ingram, 80, of Moundsville; Eugene Joseph McClure, 52, of Moundsville; Spencer Phillip Atkinson, 30, of Wheeling; Justin Matthew Stocklask, 29, of Moundsville; Christopher Ryan Bartsch, 36, of McMechen; Seth Anthony Renzella, 41, of McMechen; and Zackory Slade McGee, 43, of Wheeling. Ingram pleaded guilty Tuesday to the prostitution charge and received a $170 fine and was put on probation for one year, while the house of ill fame and conspiracy charges were dismissed.