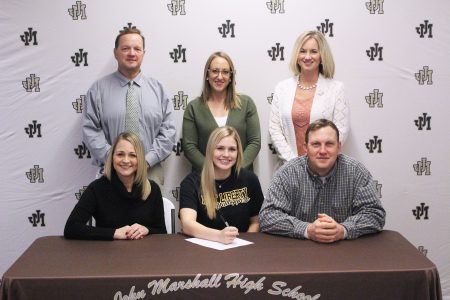 Kettler has been a member of the varsity cheerleading squad for four years and is currently serving as captain. She is a 10-year member of the Arielette’s competition team.

In addition to cheerleading, Kettler is a member of National Honor Society and Drug Free Club, is a four-year varsity track member and a Special Olympics volunteer.

While at West Liberty, Kettler will major in human biology to pursue a career as a physician’s assistant.