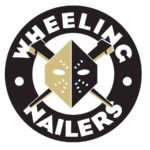 TOLEDO — The Wheeling Nailers saved their best for last Sunday afternoon as they visited the Toledo Walleye at Huntington Center. Trailing 1-0 most of the way, Wheeling rattled off four goals in a row in the third period, and got a fantastic goaltending performance from Emil Larmi, who made 47 saves, as the Nailers earned a 4-1 road victory.

Both teams had lots of chances in the first period, as they combined for 28 shots on goal. The lone puck to find the twine came off a Toledo stick at the 4:14 mark. Steve Oleksy swiped the puck into the slot for Branden Troock, who dribbled a shot through Larmi’s legs. Former Nailer Kevin Spinozzi also recorded an assist.

After a scoreless second period, Wheeling rallied with a huge final period, erasing the small deficit to come away with a big victory. Blake Siebenaler got the outburst started on the power play, when he banked a shot off goaltender Pat Nagle from beneath the goal line. Renars Krastenbergs put the Nailers in the lead on a breakaway, as he took a Yushiroh Hirano lead pass and swept a backhander through Nagle’s legs. Brandon Hawkins provided insurance with the teams playing 4-on-4, as he buried a drop pass from Graham Knott. Alec Butcher put the finishing touches on the 4-1 triumph with a shorthanded empty netter.

Larmi was brilliant in goal for Wheeling, as he denied 47 of the 48 shots he faced. Nagle made 29 saves on 32 shots in the loss for the Walleye.

The Nailers will play two more road games before the All-Star Break next weekend.